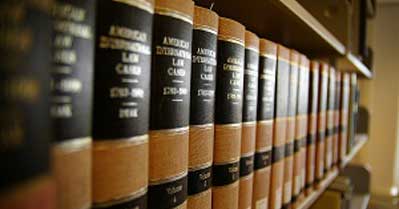 What Statutes of Limitations Mean for Child Victims of Sexual Abuse

Above all, the American justice system strives to be fair.
The federal government and most states have adopted a system called statutes of limitation to provide a measure of fairness to people who make bad decisions. A person who commits a crime or hurts someone else should not have to worry forever about being brought to justice. Each type of offense has a separate statute of limitation that controls the time a case can be processed by the legal system. Sometimes this period is as short as two years. A few crimes—for instance, murder—have no limits.
If enough time has passed that the statute of limitation has expired for a particular offense, a legal case will be rejected by the courts.

Unfortunately, statutes of limitations can also deny justice to people who have been victims. These rules help some people at the expense of others, making them an imperfect way to guarantee fairness. This impacts the way that sexual assault lawyers in Kansas can talk about childhood physical and approach sexual abuse lawsuits.

Statutes of limitation can prevent a victim from bringing a legal claim for an assault that occurred years earlier. The application of statutes of limitation to a child victim can be particularly cruel because children often are not capable of processing that they have been sexually assaulted and too embarrassed to tell a parent. In many cases, another “trusted” adult was the perpetrator.

The end result, as the New York Times reported in 2017, is justice denied: “[A]s schools increasingly confront sexual abuse carried out against children in their care, sometimes decades ago, the statutes have also become a way for them to avoid paying victims. Lawyers, insurers and other experts in the field say that former students whose abuse falls within the statute might receive a settlement in the high six figures, even millions. But once outside it, victims see just a fraction of that, even as schools commission investigations, declare their contrition and promise to do right by them. Often, survivors see nothing at all.”

Winning Your Case Despite the Statute of Limitations

A legal claim can sometimes bypass the usual limits. Under some circumstances, the period can be extended by the court. There is even a procedure by which the statute of limitation can be “tolled,” or official ignored for a period of time.

None of these relief valves works automatically. They will require skilled legal assistance for even the smallest chance of success. There are no guarantees.

DRZ Law can advise you on where you stand with a legal claim for child sexual abuse. This could be a recent incident involving your daughter or son, or a long-ago episode you have just recalled from your own past. But there is no time to waste under the statute of limitation. Call us today for a confidential discussion of your options.