The connection between bullying and sexual assault 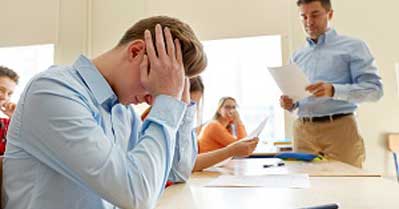 Understand the Connection Between Bullying and Sexual Assault

A bullying victim is dealt the immediate blow of the humiliation and emotional pain due to the attack.  But that suffering does not dissipate.  The bullying victim suffers from lasting effects to her emotional and mental health.  Bullying erodes confidence and the victim’s perception of himself.

Bullying is an open demonstration of dominance.  The victim perceives herself at the bottom of a social pecking order or as an outcast.  The victim can even begin to believe that he deserves to be treated this way.  Our brain does not respond well to being trapped in a cycle of punishment and humiliation.  The victim cannot stop the cycle of bullying and begins to sink lower and lower emotionally.

The impact is made worse when adults do not take the problem of bullying seriously.  Often you will hear an adult say that bullying is just a part of growing up or that a child needs to be toughened up.  Some adults may even not think there is no such thing as “emotional” bullying without a physical assault.  Such an attitude ignores volumes of research to the contrary.

Downplaying the problem also ignores the fact that children are required to attend various institutions throughout their lives.  They cannot simply walk out of a school and never come back in order to escape an environment of bullying.

Victims of sexual assault suffer many of the same effects as victims of bullying.  An abuser utterly controls and dominates a victim of sexual assault.  Whether the perpetrator is an adult or a peer, the victim has no power and no control.  The victim also suffers from the humiliation and utter disregard for her persona.

The victim feels like an outcast because he has been treated in a way that his peers have not.  It becomes normal for the victim to enter a similar cycle of self-recrimination.  Also, similar to the effects of bullying, a victim of sexual assault feels cast out socially and becomes isolated and alienated from the benefits of normal interaction with friends.