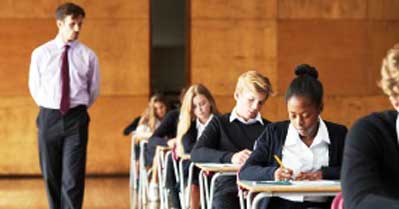 Private Schools Aren’t Immune to the Problem of Sexual Abuse

Well-meaning and loving parents want the best for their children. For many, that means sending their kids to private schools to receive a quality education. Private educational institutions often have a reputation for being safer than their public counterparts.

Sadly, sexual abuse can happen just about anywhere, and private schools are no exception.

Sexual abuse at private schools by a teacher or authority figure is more than just a violation of a child’s body— it’s also a profound betrayal of trust, safety, and security. If your child was the victim of private school sexual abuse, and suffered physical or psychological trauma as a result, he or she may be entitled to compensation. Here’s what you need to know before taking legal action.

Private Schools Have a Duty to Protect Students

Most private schools don’t accept federal funding, thus exempting them from Title IX requirements that prohibit discrimination on the basis of sex, including sexually based harassment and abuse. These institutions still have a professional responsibility to protect students from sexual abuse at private schools and provide a positive learning environment free from sexual harassment and abuse.

Institutions that voluntarily implement anti-discrimination rules and procedures similar to Title IX—which is considered standard best practice in the field of education administration—can protect students and administrations. Institutions that turn a blind eye to hostile learning environments rife with crimes such as sexual harassment and abuse may be open to negligence- or breach of contract-related litigation.

Private school administrators, teachers, employees, and volunteers are afforded a veneer of authority that can provide predators with the cover they need to perpetrate unspeakable sexual offenses against their minor victims. While these sexual predators often know better than to outwardly behave inappropriately with their victims, there are still signs and behaviors parents can watch for which indicate a cause for concern.

For example, predators often “groom” their victims prior to abuse in order to earn their trust. Common grooming behaviors such as singling a child out for special attention and taking him or her “under their wing” can seem rather innocent—especially coming from someone who works in the educational field and expresses an interest in helping a student succeed. However, suspected grooming behaviors combined with a sudden change in a child’s conduct or attitude may be a sign of abuse.

Additional grooming behaviors can include:

Victims of sexual abuse at private schools may exhibit signs such as:

Signs of sexual abuse can also include:

If your child has disclosed sexual abuse that occurred at a private school, or with a private school employee or volunteer, seek appropriate medical care for them. Additionally, notify local law enforcement to begin an investigation into potential criminal charges.

You can also take steps to hold your child’s abuser and private school accountable in civil court. A monetary award from a successful negligence- or breach of contract-related claim not only holds the sexual predator—and potentially the institution that protected them—financially responsible, but also provide the funds necessary for your child to receive treatment to help him or her begin the healing process.

Contact DRZ Law in the Kansas City metro area today to schedule an appointment for a free initial case consultation.