Public Schools Will Not Help Victims of Sexual Abuse 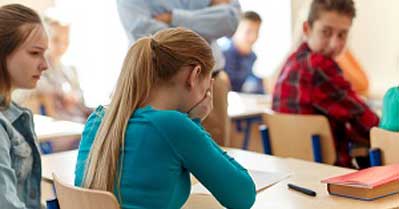 Under the law, public schools have certain immunities to lawsuits. The law also often imposes a cap on a public school’s liability, even when a jury finds a school responsible for harm to children. As the Associated Press reported in 2017: “The barriers are formidable, and can lead to long, grueling fights: Public schools in many states enjoy powerful shields, including caps on damages if they lose a lawsuit and high legal hurdles to prove misconduct.”

As the AP article notes, the problem is most acute in cases where a public school has failed to stop sexual abuse of a student. Because of the legal shield, schools can often overlook or cover up incidents of sexual misconduct by staff or other students. The results can include continued abuse, victimization of other students, and lifelong emotional trauma for children and their families.

Although laws that shield schools vary from state to state, most public schools adopt similar tactics when confronted with evidence of sexual abuse: deny, delay, evade, and outlast parents who are pursuing the matter. It can take many years for a family to get justice for the harm done to a son or daughter.

Using the Law to Protect Your Child

The legal system can work in favor of families, too.
Parents and their children bring lawsuits only after everything else has failed—after the school has failed to protect children, ignored warnings, and often refused to properly investigate when a child has been assaulted.

Lawsuits give a citizen some power to fight indifference and secrecy. Lawsuits also provide an incentive for a government or company to change. If a community jury orders a business to pay money for its negligent conduct that harms another, then that provides an incentive for the business to act responsibly.

Public school immunities are a reverse incentive. It makes it much, much harder to maintain a lawsuit against a public entity for its negligent conduct. But “harder” doesn’t mean “impossible.” At DRZ Law, our sexual abuse attorneys use the justice system as a weapon to bypass public school indifference and bring families the healing they need.

Call us if your child has been sexually abused at school and nobody else seems to care. We will talk about strategies that best meet the needs of your family and your child.