Help for Victims of Abuse at Military Schools 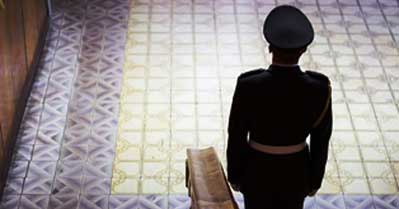 Parents send their children to military school for a number of reasons: to continue a family tradition, give their kids a superior education and sometimes, maybe even to provide them with a much-needed proverbial wake-up call. While parents expect structure and discipline, they certainly don’t expect their children to be subjected to abuse at military schools.

Nor do they want school administrators to turn a blind eye when abuse is reported.

Sadly, abuse at military school is common—even in places like Kansas and Missouri. In fact, one military school in Kansas received more than 300 abuse complaints in a span of five years, according to court documents filed as part of a 2013 federal lawsuit.

If your child was assaulted and suffered serious physical, emotional, or psychological injuries as a result, you may be entitled to compensation. Here’s what you need to know if you’re considering legal action.

What Are Common Types of Abuse at Military Schools?

The abuse that occurs can be perpetrated by administrators, teachers, counselors, or other school personnel. Other students may be involved as well. Violations include:

Hazing is another type of abuse that’s common in military schools. Often perpetrated by groups of students, hazing subjects victims to debasement in exchange for possible admittance to a group or organization. Hazing can include physical, psychological, and sexual harassment and offense. Unlike other forms of abuse, hazing often occurs with the express or implied consent of the victim. However, the law dictates that consent isn’t a defense to hazing.

Abuse at Military Schools Can Result in Serious Injuries

Abuse at these schools can result in serious physical and psychological injuries. Common injuries may include:

However, court documents filed in a previous lawsuit against a Kansas military school painted a picture of horrific abuse: young boys bound, gagged, beaten, sexually assaulted, and even branded. In addition to the physical injuries sustained in such heinous acts, victims of extreme trauma may face lifelong struggles with anxiety, depression, PTSD, and other psychological conditions.

How Can Civil Lawsuits Hold Military Schools Accountable for Abuse?

Victims of abuse at military schools often face uphill battles when seeking help from school teachers or administrators due to a culture that is less than sympathetic to individuals perceived as “weak.” In fact, past victims begged their parents not to report their abuse to the school for fear of brutal retaliation from both faculty and their peers. Regardless of whether a school has a tough as nails philosophy, it also has a legal duty to shield students from harm.

School administrators who fail to uphold their responsibility to protect students may face civil negligence or breach of contract lawsuits. Such lawsuits allow victims to seek a wide range of damages, including compensation for related medical expenses, pain and suffering, mental anguish, scarring or disfigurement, reduced enjoyment of life, and wages or other losses incurred by the parents.

An Experienced Attorney Can Help

If your child was abused at military school, the knowledgeable attorneys at DRZ Law specialize in military school abuse and can help you understand your rights and explore options for compensation.

Our firm as represented numerous victims of physical and sexual abuse at military schools in Kansas, Missouri, and across the United States. We understand that your trust and faith in these schools has been shaken and you want answers. Contact us today to schedule an appointment for a free initial consultation to discuss your case with a member of our legal team.