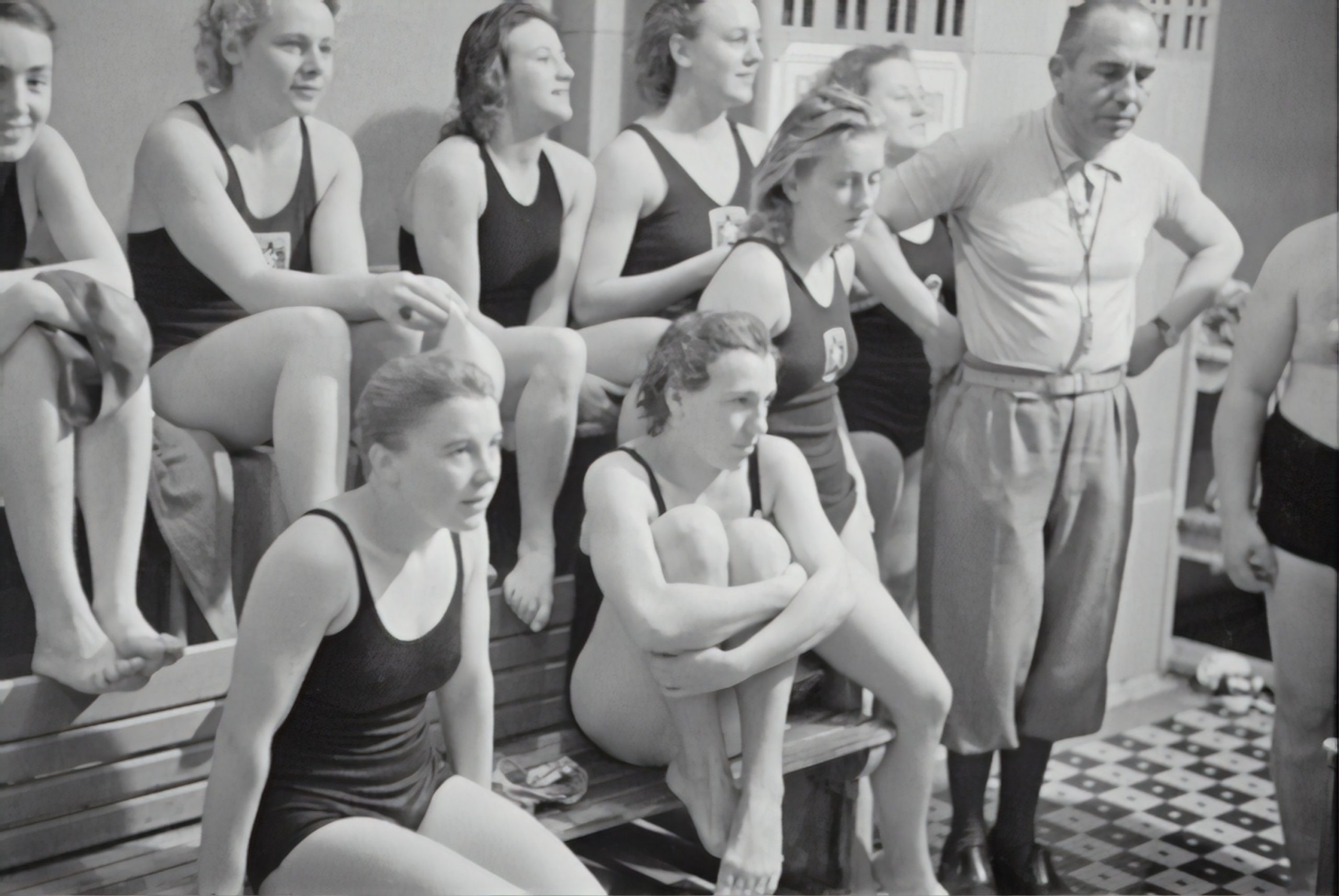 To Guard Your Child: Understand that Sexual Assault Happens Everywhere

Sexual assault happens everywhere against children is shockingly common. It does not discriminate based on being male or female. Sexual assault of both boys and girls occurs way more than it should. In some ways, it is a hidden epidemic as most people do not realize – or at least acknowledge – how frequently it occurs.

Victims of child sexual assault can, unfortunately, be found in nearly every institution you can think of. It is occurring in private and public schools, military academies, churches, sports teams, and child care centers.

The United States Department of Justice reported the results of a survey taken of 4500 adolescents.5  Children aged 14 to 17 were the most likely to become victims.  27% of adolescents aged 14-17 reported being sexually victimized during their lifetimes, which included exposure, sexual harassment, and sexual assault.

The Associated Press did a multi-story investigation of sexual assaults occurring at schools, called Schoolhouse Sex Assault.7 As part of the investigation the AP analyzed information in an FBI national crime database.8  Based upon this database:

If anything the AP story underreports the scope of the problem.  Sexual assault happens everywhere but only about 1/3 of the country’s law enforcement agencies contribute information to the FBI database, meaning the number of victims is likely much more.

Unfortunately, teachers are taking advantage of their students and having sex.  “In 2014 alone, there were 781 reported cases of teachers and other school employees accused or convicted of sexual relationships with students.”9

“Twenty-one percent of middle school students reported that they experienced unwanted physical touching on school grounds, according to a 2014 study by researchers at the University of Illinois at Urbana-Champaign.10

That statistics tell a harrowing tale. But understand the problem in order to be on guard where it occurs in order to protect your child.

The perpetrators of sexual violence are overwhelmingly someone that the victim knows.  In many case, it is an adult leader, teacher, or even a peer that is the perpetrator.  These incidents of sexual assault are occurring in nearly every organization or institution that sponsors or teaches children.

Many parents send their kids to private military schools believing that they will be operating with the same integrity as a branch of the United States military.  Some parents themselves were members of the military or former students at a military school.  Parents choose military schools hoping that it will instill character and discipline.  And many of these institutions do serve this function and help guide their alumni throughout the rest of their life.

However, there also are military schools that fail their students.  Some operate more as a ‘last chance’ school, admitting students with a history of aggression and even sexual assault.  Then the school does not impose any additional supervision or structure on those students.

It should go without saying that children are not adults with respect to emotional maturity or decision-making.  Nevertheless, military schools often will institute a structure allowing older, higher ranked students to supervise and discipline other students.

This system is meant to replicate the armed forces, but children are not capable of stepping into the shoes of adults.  In order for that system to work it requires close and careful supervision by adults, which many schools do not provide.

Instead, what can occur is a ‘Lord of the Flies’ environment.  A perpetrator in charge can corrupt other students, recruiting other students into the toxic environment and engaging in shocking behavior they would not otherwise even think of doing.

The headlines tell the story of what happens when adults allow the students to run the school:

Parents choose to send their children to private schools and boarding schools for the academic excellence offered by such institutions.  The reputation of a private school is built on the education it offers to students and the future paths that its students walk.

A high placement rate at exclusive universities and a roster of distinguished alumni makes a private school a worthwhile investment for many parents.  In essence, parents may choose to pay the high cost of tuition because the reputation of the school will give their child a leg up in the rest of her life.

But those private schools closely guard their reputations. It is the currency that allows them to compete for the best students and justify what they charge for tuition.

Consequently, private schools will often do everything they can to conceal any bad news, including sexual assault.

It is only later, even decades later, that parents find out that a teacher or staff member was known to have sexually assaulted multiple students.  Most of the time, it is not the school that reveals such information.  Instead, one brave student (or former student) will come forward.

Only then, with its reputation in danger, will the school open an investigation.  The school will hire a very expensive law firm to conduct an ‘internal investigation’ into the allegations. What results is a report created for the benefit of the school and not the students.

The parents and students often never find out what really happened and why it was not stopped.  Just as before, the victims are left in the dark.

At a public school most parents have the expectation that the school should be an open book with respect to the happenings at the school. Those same parents who inquire often find the opposite. Their questions are not answered.

Sexual assault by public school teachers and adult staff is a real and ongoing problem. This often starts as a non-physical ‘relationship’ between the adult and student and then further degrades into a sexual relationship. No matter what the student believes, this is not a relationship. It is a sexual assault built on an abuse of the power.

Children can becomes the victims of sexual assault from coaches and peers on athletic teams. Boys who are sexually assaulted often become victims when they are members of a sports team.  Teammate-on-teammate sexual assaults occur in all types of sports.  As recently reported in news stories:12

Hank Nuwer, a hazing historian at Franklin College in Indiana, has stated that these incidents of ‘hazing’ are really rape and sexual assault. “It’s amazing to me that there hasn’t been a public outcry on this to help stop it.”13

There is a special relationship that exists between a coach and an athlete.  Training and competing involves long hours of physical training, endurance, and pain. Undergoing that with someone else, especially a coach, builds a unique, very close relationship. Most coaches serve in that role because they enjoy serving as a mentor to young athletes.

There also are individuals who become coaches because it gives them access to children and young adults. These predatory individuals know that, through a long coaching relationship, they will have opportunities to be alone with young athletes.

There have been numerous stories in the news revealing the extent of coach-on-athlete sexual assault. The problem is not new, but several in-depth investigations have uncovered the shocking frequency with which it has been occurring.  It has been happening to female and male athletes. There is seemingly not a sport that has been spared, whether it is swimming, gymnastics, wrestling, volleyball, diving, and martial arts.

For many people, their church is a sacred place that they rely upon for spiritual support and guidance.  Of any organization, a church should be a place that you can trust – and most importantly that you can trust with the safety of your child.  But in many cases, churches have been the center of some of the most cases of of sexual assault against children.

Quite clearly predators determined that they could gain unsupervised access to children.  The cycle has repeated thousands of times over decades. Why hasn’t the church reacted to what they knew was occurring?  Why, instead, did it choose to shelter perpetrators instead of excommunicating them and reporting them to the authorities?

But the example of the Catholic Church has repeated itself time and time again:

7. Any Institution that Teaches, Mentors, or Sponsors Children

The unfortunate fact is that sexual assault happens everywhere because any organization that teaches, mentors, or sponsors children presents the opportunity for a perpetrator to sexually assault a child.  It does not mean that it will happen.  But these institutions know – or should know – that perpetrators join such organizations in order to get access to children.