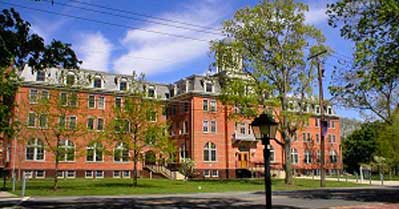 Sexual abuse of students at private schools is far more common than most people realize. The epidemic of private school sexual abuse is possible only due to the culture of secrecy and reputation climbing of the schools.

The public overlooks the problem for many reasons, but one of the most significant reasons is a culture of secrecy at these schools. Elite private schools worry their reputations will be damaged if it comes out that a teacher or staff member has been preying on students, so they do their best to keep the details secret. The law doesn’t require private academies meet the same degree of transparency as public schools, so concealing private school sexual abuse and sexual assault can seem a workable strategy.

As The New York Times reported on the situation in a 2017 investigations: “It has become almost routine in recent months: An elite prep school announces the result of an outside investigation revealing how faculty members sexually abused their students, while administrators did little, if anything, to protect the children in their care .” These outside investigations have become profitable avenues for some specialized lawyers; the Times article notes, “At some law firms, investigating sexual misconduct at prep schools has become a lucrative practice area, at a cost of as much as $2 million to schools.”

Former Supreme Court Justice Louis Brandeis is known for the maxim, “said: ‘Sunlight is said to be the best of disinfectants.”’ . The culture of secrecy at schools — public or private — regarding the sexual misconduct within their walls is a tacit endorsement of the conduct. The behavior must be exposed, not hidden behind “internal investigations.”

In recent years, we have become more sensitive to charges of sexual abuse. At the same time, realizing that sexual misconduct is widespread has also led some people to conclude it’s a common, “normal” offense that we can learn to live with. Nothing could be further from the truth.

We must replace the culture of secrecy with a culture of respect and responsibility. America has not done enough to breach the wall of secrecy around private schools. Vulnerable children are being harassed every day; perhaps your son or daughter has been a target.

What Can Be Done About the Secrecy Climate?

The legal system can puncture the secrecy that surrounds sexual abuse at private schools. The goal is not to create a culture of suspicion, but to make it clear that it is intolerable to allow sexual assaults, abuse or harassment.

If you or someone you love has been a victim of sexual violence at a school, please reach out to one of our attorneys at DRZ Law. Our attorneys specialize in private school sexual abuse cases, and are ready to help you pierce the culture of secrecy and get the justice your family needs.