Sexual abuse should never happen under any circumstances. Priest sexual abuse, however, has an added layer of betrayal and outrage due to the nature of a priest’s position in the church. A priest is a spiritual leader who is trusted and relied upon by members of the congregation for spiritual support and guidance. To think that a priest is capable of committing crimes against children is unthinkable, and yet, it is a reality for thousands of victims.

If you or your child has suffered sexual abuse or assault by a member of a religious institution, our Kansas priest sexual abuse lawyers at DRZ Law can hold those responsible for the crime – including those who covered it up – accountable. We can help you fight for justice against the priest and a religious institution that failed to protect the children within its care. Speak to an attorney today in a free and private consultation. You may be entitled to financial compensation. 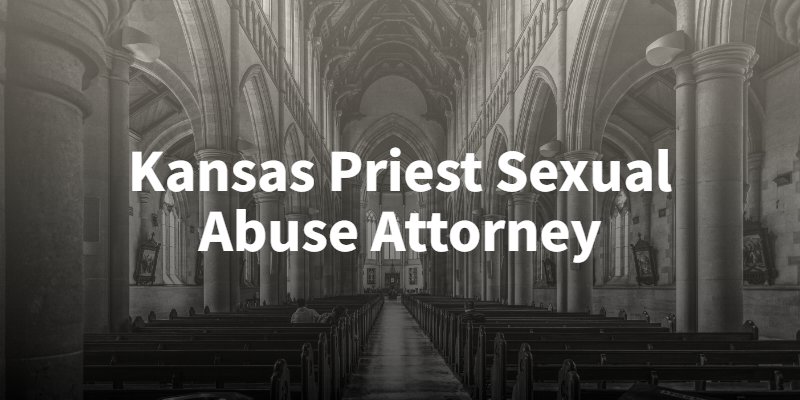 Why Do You Need an Attorney for a Priest Sexual Abuse Case in Kansas?

Taking on the priest or clergy member who abused you is daunting enough as a survivor. Taking on an entire church or religious institution in Kansas can be overwhelming. A lawyer can help you feel empowered as a plaintiff by providing powerful legal resources and giving you advice from years of experience. Hiring an attorney who specializes in institutional abuse and priest sexual abuse can give you the representation that you need for a strong legal claim – and greater peace of mind throughout the legal process.

At DRZ Law, we are dedicated to holding institutions that allow the children in their care to be harmed accountable for their actions. Even if a church in Kansas claims legal immunity, we have the knowledge and skill to get around that. Our lawyers will do whatever is necessary to fight for the justice that you deserve as a survivor of priest sexual abuse. We will work closely with you to create a strong legal strategy and make sure you get the treatment that you need to heal. Then, we will go up against a religious institution on your behalf to demand justice.

What Is Priest Sexual Abuse?

Sexual abuse by definition in Kansas is sexual contact with someone who has not given their consent or who is incapable of doing so. The age of consent in Kansas is 16, meaning anyone less than 16 years old cannot lawfully consent to sexual activity. Priest sexual abuse specifically refers to sexual assault, violence, rape or other sex crimes committed by an ordained minister of the Catholic, Orthodox or Anglican Church. Priest sexual abuse can also refer more broadly to abuse by any religious leader authorized to perform sacred rituals.

Priests may use their positions of trust and power within a church to take advantage of its members for the purpose of sexual arousal or gratification. Priests and religious leaders may groom children from a young age for sexual abuse, such as by convincing parents to make a child an altar server or assistant so that the priest can get closer to the youth and have unsupervised access. Priest sexual abuse often affects young children, although victims of sex crimes can be of any age and gender.

How Do Churches Often Harbor Abusers and Cover Up Sexual Misconduct by Priests?

As difficult as it is to believe that priests and religious leaders that we trust can be sexual abusers, it is perhaps even harder to come to terms with the fact that church officials have covered up sexual abuse by clergy members for decades and chosen to protect perpetrators rather than vulnerable children. Yet this has been established to be true in hundreds of cases.

In 2019, Pope Francis lifted a longstanding secrecy rule and allowed sexual abuse cases that had previously been sealed and covered up to be released. These records revealed a long, ugly history of the Catholic Church protecting child sexual abusers and allowing them to remain in positions of power within the church.

Since the release of these records, hundreds of priest sexual abuse victims have found the courage to come forward against their abusers and the religious institutions that harbored them. Churches and dioceses are finally being held accountable for sheltering sexual predators and perpetuating sexual abuse.

What Is the Statute of Limitations on Child Sexual Abuse in Kansas?

It is paramount to act quickly if you are a victim of priest sexual abuse in Kansas. If you miss the statute of limitations, you will most likely give up the right to hold a priest or religious institution civilly responsible for your injuries and losses. Waiting too long can also mean the loss of important evidence. Contact a lawyer that specializes in religious institutional sexual abuse right away to discuss your legal rights.

You do not have to face a priest sexual abuse lawsuit alone. Our attorneys at DRZ Law can help you go up against a priest, church, diocese or another religious institution in Kansas in pursuit of justice and maximum financial compensation. We will stand by your side every step of the way, giving you legal advice and hope for the future. Our lawyers are committed to providing legal counsel that is aggressive when it needs to be and compassionate to the client always. Please contact our priest sexual abuse attorneys today by calling (913) 400-2033 or sending us a secure message online.